Vertical vs. conventional farms: Alliance in the future 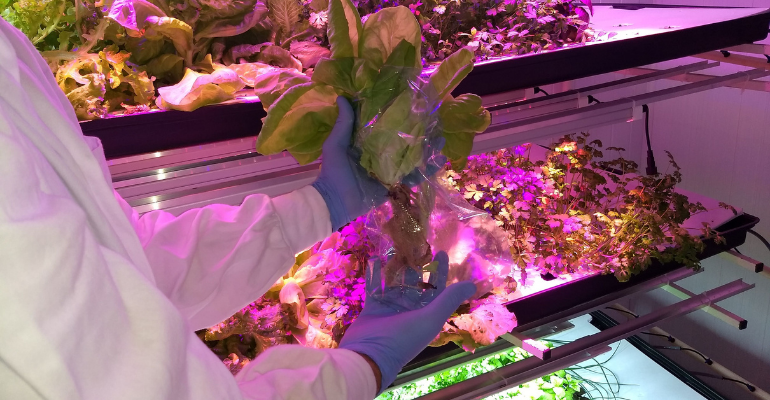 Find out what vertical farms are, understand their benefits and see why this new production system will not compete with conventional crops.

Shortages of crop areas, global warming and excessive use of pesticides are concerns that agriculture may face in the coming decades. In this scenario, vertical farms become excellent alternatives, mainly for expanding agricultural production and adapting agriculture in the face of climate change.

Characterized as a space for growing vegetables in greenhouses, located inside buildings, this model can represent a major revolution in the way food is produced.

However, despite being in previous studies and still being very expensive, this production model starts to worry conventional farmers, who see the verticalization of farms as an unfair competition. But this is just a mistake.

What are vertical farms?

The concept of vertical farms - which is still a distant reality in Brazil due to the high cost - arose from the need to expand agricultural production in view of population growth, in addition to adapting the sector to climate change.

According to Ítalo Guedes, a researcher at Embrapa Hortaliças, vertical farms represent a type of production system that occurs in a controlled environment, with cultivation being carried out in successive floors or layers, taking advantage of the volume of vertical space.

Due to these characteristics, everything indicates that vertical farms may be the great representatives of the so-called 4.0 agriculture.

“As with cultivation systems in a controlled environment, production in this production system no longer depends on sunlight. Lighting, which is artificial, is individualized by layers. So there is no risk of shading ”, he adds.

Due to economic and space imperatives, the researcher explains that small plants (to allow verticalization), fast growing and high harvest index are produced in vertical farms. "This is the case for leafy vegetables, strawberries and possibly ornamental plants," he says.

However, as the investment is still high, in addition to the adequate choice of crops with these characteristics and with a high sale value, Guedes says it is important to carry out market studies and check if there is a consumer market willing to pay more for a differentiated product.

Vertical farms use modern cultivation techniques in a controlled environment

As with other cultivation techniques in a controlled environment, on vertical farms all environmental variables capable of affecting the growth and production of crops are constantly monitored and controlled. This is the case of: luminous intensity, light quality, photoperiod, temperature, relative humidity, wind speed, CO2 concentration, among others.

“For the monitoring of each of these factors, specific equipment is used, not to mention the monitoring sensors, arranged throughout the environment”, adds Guedes.

In addition, the researcher at Embrapa Hortaliças explains that it is mandatory to use cultivation techniques without soil, such as hydroponics and aeroponics. "In these techniques there must also be constant monitoring of the concentration of nutrients, pH, dissolved oxygen, temperature".

Some companies, with an eye on this growing market, have developed automated systems for monitoring and controlling all these variables with much greater efficiency.

The greatest defenders of vertical agriculture usually say that this production system will revolutionize global food production, as they would reduce logistical costs and would guarantee, due to the proximity of the consumer market, more freshness and quality to food.

This statement often falls like a bomb to those conventional producers, who believe that this would be an almost unfair competition for them. But for Guedes it is not quite like that.

“A fairly common misconception that people have made is to think that vertical farms are intended and will replace conventional agriculture. Nothing could be further from the truth, ”he says.

According to the researcher, the purpose of vertical agriculture is to add, increasing the diversity of food production. "This proposal is indicated mainly for the urban environment, providing safe food with high nutritional quality", he adds.

In addition, for the Embrapa researcher, research related to vertical farms has brought benefits to other forms of cultivation, including conventional agriculture.

Although it is an expensive system, Guedes explains that many of the research results that have been done in the vertical environment will be used in other forms of cultivation.

“The results with artificial lighting are already beginning to be used in greenhouse cultivation and even in grain crops, in the open field. Research on hydroponics and aeroponics may soon be used by conventional farmers in greenhouses ”.

Given all this, it is easy to understand that vertical farms may indeed represent the future of food production, but the so-called conventional farming methods will not cease to exist. They will be complementary models and will go hand in hand.