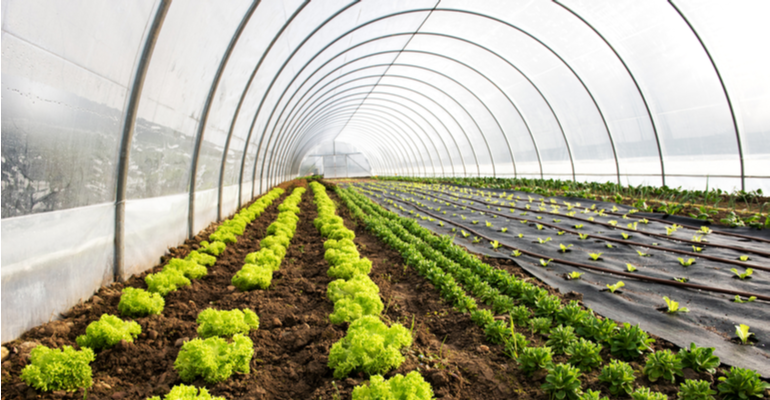 Producing more and better with quality, with less incidence of pests and diseases and ensuring balanced growth for plants is one of the greatest challenges in food production in agriculture. The protected cultivation, popularly known as "greenhouses" offers this improvement.

Greenhouse planting increases productivity by up to 30% compared to traditional cultivation in open areas. The reasons are diverse: greater control of the microclimate, lower incidence of pests and weeds, much healthier soils and easier handling.

To start growing tomatoes in the region of Bauru (SP), agronomist Aline Retz set up an integrated greenhouse, dente de serra model, with 12 thousand meters to house the production of tomatoes of the Italian, Grape and Cocktail varieties.

"This system avoids pest infestation and ensures that people make faster decisions when an error occurs. This entire structure was designed with the aim of ensuring the greatest balance for the plants, resulting in high productivity, with tomatoes that distinguish from the others in the supermarkets ", reports the producer.

Unlike conventional planting, done directly in the soil, Aline's production is done in pots, arranged in gutters that avoid contact with the soil. The greenhouse has technologies that facilitate air conditioning, with automatic windows that move according to the intensity of the wind, screens that cut solar radiation and an irrigation system.

In total, the greenhouse has 12 thousand pots, which generate an average of 3 thousand kilos of tomatoes per week. In partnership with Coopercitrus, Aline sees great potential for protected cultivation, planning to expand the area of ​​greenhouses and, consequently, further increase productivity, with quality and recognition.

Hospital administrator Paulo Câmara, on the other hand, bet on the diversification of cultures at Sítio São José, in Itaju (SP), by growing peppers in metal and canvas greenhouses. "Peppers in a protected area come with a much higher quality, demand less inputs and, with that, we have a production with a higher standard", says Paulo, who has the support of partner, Acácio Leocádio da Silva, to manage the area .

In total, there are five iron greenhouses, with 18 thousand plant pots. Of these, 2,500 pots - a complete greenhouse - are dedicated to planting Sweet Palermo pepper, a variation of traditional pepper, with a higher concentration of brix and, therefore, more sweet.

"To produce in the greenhouse is to produce more, in less space, we have collected 10 thousand boxes of red and yellow peppers", says Câmara.

Eight years ago, the partners Daniel Vicentin and José Paulo Martins decided to transform the vegetable garden they were working in, in the Itápolis region (SP), and invested in the construction of greenhouses for the production of red and yellow peppers. "The first year was good, the second was good too. We realized that productivity was good and we decided to continue," reports Vicentin.

Unlike Aline and Paulo Câmara, the greenhouses are made of wood, with 3 arches each, and the plants are grown directly in the soil. The management takes organic material, drip fertigation and, to protect the soil, forage with millet is made. Paulo calculates that each plant produces one box of pepper per harvest, approximately 30% more than conventional production.

These three experiences demonstrate that, in the production of fruit and vegetables, there is no ready recipe. Regardless of the method used and the level of technification, one thing is certain: careful and balanced management of pesticides and fertilizers and specialized support make the difference in protected cultivation.

Vertical vs. conventional farms: Alliance in the future
26 Jan, 2020