WDRVI: what is the acronym that helps you increase your profitability! 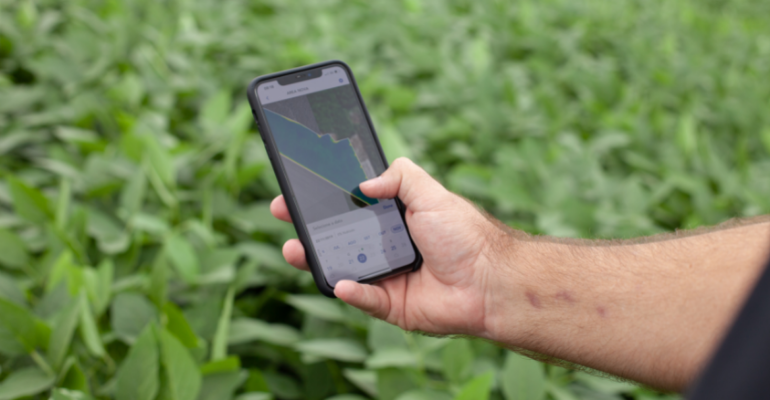 Making decisions more quickly, protecting profitability, from planting to harvesting, is possible with monitoring of the vegetation index.

The vegetation index uses mathematical models to determine the amount of light that plants reflect, defining the plant's photosynthetic rate. A valuable indication of crop progress, plot by plot. And in the elaboration of this index, precise data captured from sensors installed in equipment such as drones, planes or satellites such as Granular Insights are used, which are then analyzed by software. With this information, it is possible to monitor the crop; identifying pests, weeds, in addition to a possible nutrient imbalance.

When it comes to accurate and reliable data, a valuable index is the WDRI (Wide Dynamic Range Vegetation Index), which measures infrared light levels close to red light with up to three times greater accuracy when associated with pixels, as captures subtle differences in vegetative density (being more sensitive to the green of the upper area of ​​the plants), significant difference, especially for mature and high density crops. 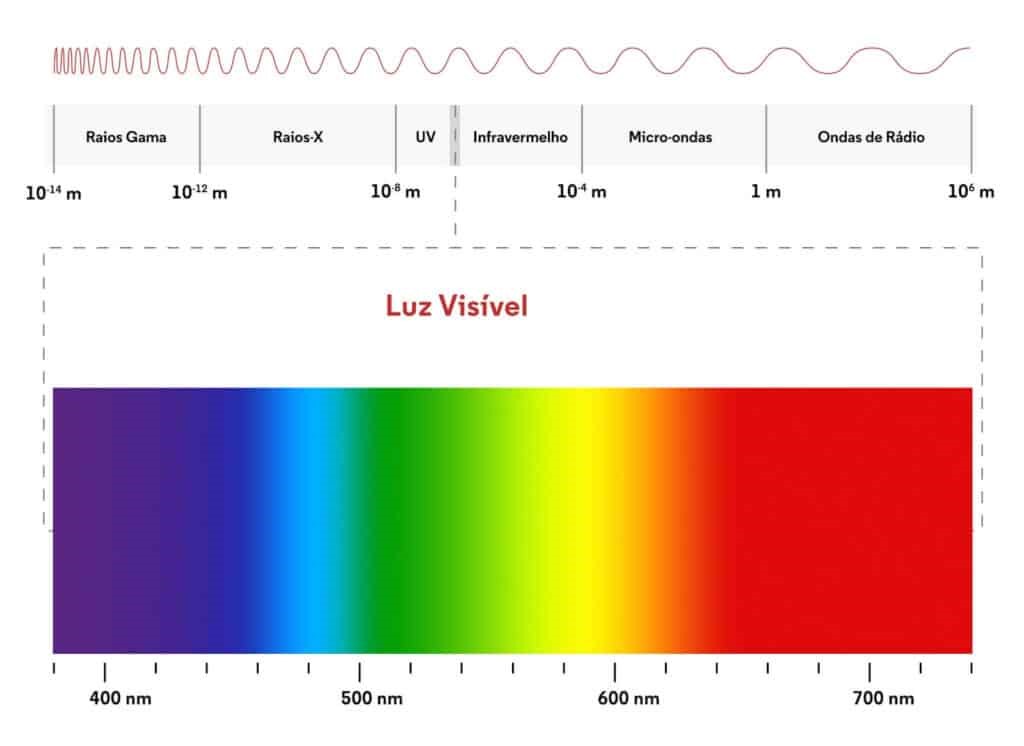 How does the satellite pick up reflectance?

sensors, this varies depending on application needs. In agriculture, several sensors are used, but the most common are called CCD sensors and regular multispectral sensors, which are cameras that capture high resolution images. And it is through these cameras that plant reflectance is captured to generate vegetative indices.

In financial aspects, such sensors are the most viable option for obtaining images of the Earth's surface compared to sensors in drones, balloons or aircraft, as satellites orbit the planet for long periods and at altitudes that provide images of large extensions in a programmed manner and repetitive.

How do our cameras capture infrared and NIR?

Cameras or sensors captured images in several spectral bands, which can be visible to the human eye or not, which is the case of the infrared spectral range. The sensors used by Granular are of the CCD (High Resolution Imaging Camera) model, which are capable of capturing near infrared (NIR) images separately.

An example of this can be seen in the figure below is possible. In the first image, the vegetation appears darker, as it demonstrates the absorption of Blue ("Blue" light); in the second image where the reflectance of green (Green) is greater, it is shown in a lighter tone; in the third and last image on the right, where chlorophyll absorbs red radiation, vegetation again appears darker.

Three images of the same vegetation area according to the reflectance and absorption of Blue, Green and Red, respectively. Image via INPE.

Two equal areas measured using different indices, WDRVI on the left and NDVI on the right.

Thanks to the greater precision of the WDRVI index, it can be seen on the left in yellow and orange that the number of plants affected in the field was much greater than that registered in the NDVI.

To calculate the WDRVI it is necessary to calculate the “alpha” adjustment factor for the NIR band. This is a correction factor that may vary depending on the application.

Image of a cell phone with a print of Granular Insights on the screen, showing the Vegetative Index of a Soybean field, in Não-Me-Toque, in Rio Grande do Sul. The Vegetative Index points to areas with higher and lower levels of vegetation through colors, ranging from yellow to purple, according to the indicative scale.

The Granular Vegetation Index maps range from yellow to purple, as it seeks to include people with color blindness, who have difficulty seeing certain types of colors and, therefore, cannot view the NDVI and WDRVI maps of the same. form.

How do plants absorb and reflect light?

When sunlight hits the leaves, some wavelengths are absorbed while others are reflected (in the latter case, the green we perceive), but plant components also reflect, transmit and absorb different parts of the near infrared that we cannot see to the naked eye. However, this reflected infrared radiation can be detected by satellites, allowing the analysis of vegetation at a distance.

Healthy vegetation absorbs energy from blue and red light to carry out photosynthesis – which depends on chlorophyll to happen – and consequently produce their food. Plants with more chlorophyll reflect more near infrared energy than a deficient plant: the greener, the higher the vegetative index of that plant. The cellular structure of the leaves strongly reflects the near infrared (NIR). 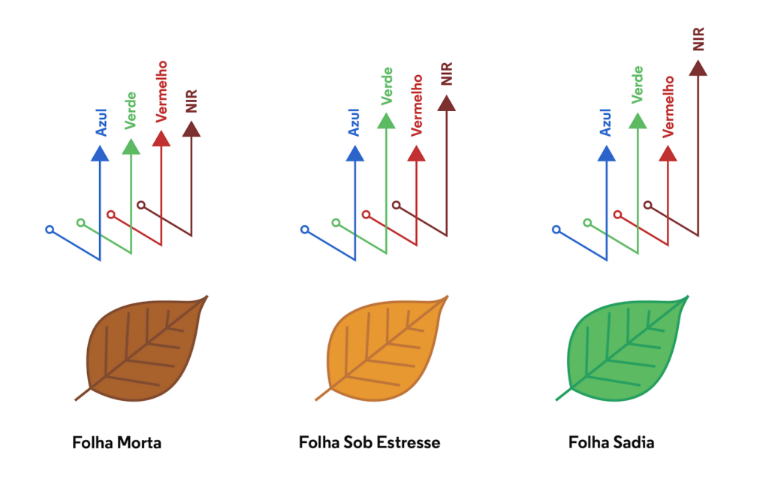 Image with three sheets, reflecting the levels of RGB (Red, Green, Blue or Red, Green and Blue in Portuguese) and NIR (Near-infrared, or near infrared in Portuguese). A dead leaf, with all indices equal, a leaf under stress with Green (G) and NIR higher than Blue (B) and Red (R) indices; a healthy leaf, pointing the Red and Blue indices at equal levels, Green a little higher, and NIR even higher than all.