Climate change and its legal effects on agribusiness 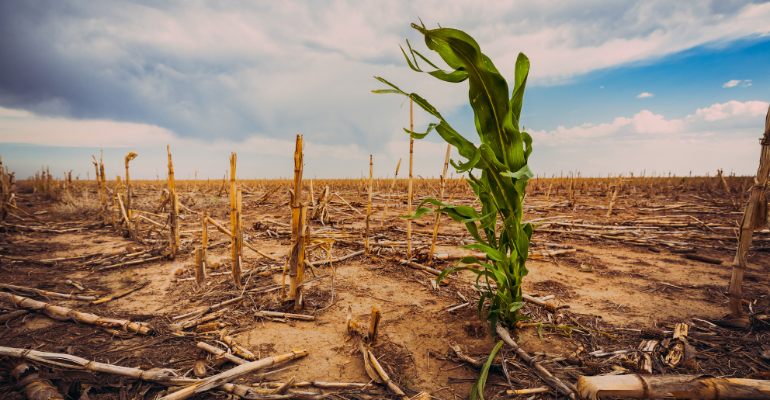 Frosts arise as an effect of these weather events and consist in the formation of thin layers of ice on plants, which often ends up killing entire crops and damaging crops, with direct impacts on the agribusiness economy

André Barabino, partner in the Litigation and Agribusiness areas of TozziniFreire Advogados

Marina Silva Caramuru, lawyer in the area of ​​Litigation at TozziniFreire Advogados

It is undeniable that global warming has had several impacts on the planet's climate and, in Brazil, it could not be different. This year, we were surprised by some extreme weather events, such as intense heat in winter and the visit of cold fronts and even polar air masses in warm months, where these circumstances are not common.

Frosts arise as an effect of these weather events and consist of the formation of thin layers of ice on plants, which often ends up killing entire crops and damaging crops, with direct impacts on the agribusiness economy.

Due to climate change, the effect of frost, in this year of 2021, affected a large part of the South, Southeast and Center-West regions of Brazil and directly impacted agricultural production in the country.

This is because the agribusiness chain is complex and has several agents involved, from input suppliers, rural producers, industry, logistics, financial agencies, to trade for the final consumer. And, for each of these relationships, there are specific contracts and legal transactions, each with its own singularities and autonomous rules.

In this context, it is questioned whether the aforementioned phenomenon of nature can be understood as a hypothesis of "act of God" or "force majeure" - concepts provided for in the Brazilian Civil Code, which can rule out the civil liability of the parties involved, due to the damage caused by the occurrence of certain unavoidable circumstances.

Still in this scenario of possible contractual discussions due to extreme weather events, another thesis capable of removing the responsibility of farmers for any damages resulting from frost is the so-called "theory of unpredictability", through which the undoing or revision is understood to be possible. contract, when the provision becomes excessively onerous to one of the parties as a result of these unpredictable and extraordinary events of nature.

In addition to the effective impact of these weather events on the contracts – which, in theory, would authorize the application of these possible theses of exclusion of liability –, it is also necessary to observe the general rules for interpreting the contracts. These general rules of hermeneutics guide that legal transactions must be analyzed from the perspective of certain principles, such as those of contractual freedom and the obligation of contractual effects, as well as objective good faith, the social function of the contract and the private autonomy of the parts.

So, how do I know if I will have to bear the damage caused by frost or other events in nature?

To answer such questions, it is worth following how jurisprudence has been positioning itself. In many situations, our courts have already discarded the theory of unpredictability and default due to acts of God and force majeure, considering objective aspects of the practical cases analyzed. On the other hand, in cases where the unpredictable circumstances were duly proven, there are examples of judgments that considered it possible to apply the aforementioned theses of exclusion of liability.

For example, according to the Superior Court of Justice (STJ), responsible for standardizing the interpretation of federal law throughout Brazil, the hypotheses of acts of God and force majeure have currently been understood by jurisprudence as species of the external acts of God, being understood as an event that, in addition to being unpredictable and inevitable, needs to be foreign to the organization of the company. On the other hand, for the STJ, the internal fortuitous genre, “despite also being unpredictable and inevitable, is related to the risks of the activity, being inserted in the business structure” (REsp 1.450.434). Thus, the superior court understands that only in the event of external fortuitous it will be possible to apply the liability exclusion.

In this scenario, it is observed that an important aspect considered by our courts when judging cases related to breach of contract due to events of nature would be precisely the predictability of the harmful event, considering the business risk.

And, specifically in relation to agribusiness, there are judgments in the sense that droughts, pests, droughts and climate change cannot be considered as unpredictable or extraordinary factors, capable of authorizing the application of the theory of unpredictability, insofar as which would be inherent risks to rural activity. In any case, there are also judgments in the opposite direction, and it is always necessary to analyze the situation in the specific case.

Thus, considering the occurrence of natural events, the various agribusiness agents have at their disposal a wide arsenal of legal arguments that can be explored. To do so, they may use a variety of dispute settlement methods – such as negotiation, mediation, conciliation, dispute boards, arbitration or the judiciary – to defend their respective interests in situations related to the impacts of climate change in the country.

4 steps to calculate irrigation on your property
01 Dez, 2021

Transform your business into family agribusiness in a few steps
30 Ago, 2021