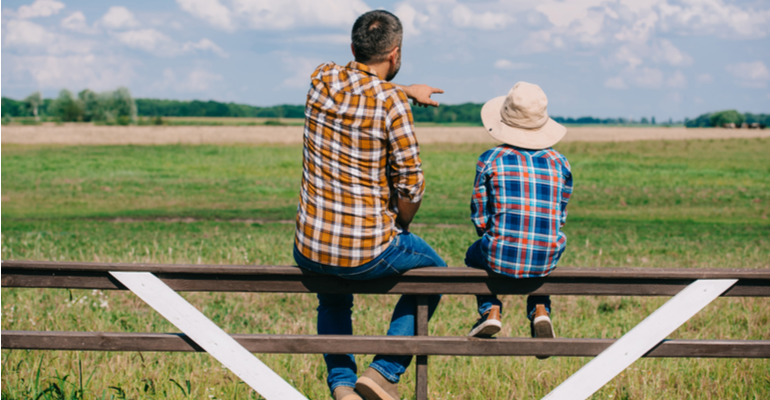 The term Holding, comes from the English hold, which means to hold, maintain or control. Therefore, it is a company that controls other companies, that is, it holds equity interest in other companies.

These Holdings can be pure, those whose purpose is only to participate in other companies, or mixed, where in addition to controlling companies, it performs other activities.

In rural areas, it is common to think of the creation of a “Family Holding” as an instrument to control the assets now belonging to individuals. Therefore, such a company does not necessarily control other companies, but rather controls the assets of the business family.

According to some authors, the popularization of Family Holdings is due to the discovery of societal benefits in the clear distinction between assets, family and business management, which greatly contributes to the professionalization, maturity and longevity of the family business.

I fully agree that these are, in fact, the greatest benefits, but we cannot leave out of the analysis of such popularity an economic issue: the expectation of tax savings in the succession of assets through this tool.

Let's go to some facts about taxes:

With the economic downturn came the need to increase revenue. During this period, ITCMD rates (tax on donations and inheritances) were encumbered in some states, with many of them reaching the possibility of the maximum rate provided by the Senate, which is 8%.

In addition, there was another possibility within the companies to increase revenue. Therefore, it was not necessary to change any legislation, just a change in accounting criteria when assessing the quotas made by the states in donations and inheritances.

Instead of evaluating the shares at their nominal value, or by the shareholders' equity present in the balance sheets of the companies, the market value of these shares began to be determined, adjusting the company's shareholders' equity by the criterion of revaluation of assets and liabilities by value present, including the restatement of assets to market value on the date of the triggering event.

In practice, this means that in most Brazilian states, the assessment of company quotas is equivalent to the real value of the land, as determined by individuals.

As practical examples, I highlight the states of Goiás and Mato Grosso do Sul, which changed the legislation making the assessment criteria clearer, and Santa Catarina, which even without changing the provisions, issued a statement in 2015 on the correct way to assess quotas (based on the company's market value) and in 2016, the “Family Holding” operation was launched, aiming at combating tax evasion in the opening of companies to pay a lower tax.

Therefore, today, it can be said that this tax savings in succession through family holdings is a myth, but its contribution to the current popularity of the legal instrument is undeniable.

Speaking of myths, the term patrimonial shielding is also quite present when it comes to the topic, but it doesn't actually exist. There may be protection for the family business' assets and scale through clauses provided for in the holding company's social contract, but there is no actual shielding. For example, unwanted third parties do not enter the company, but if they are entitled to shares by inheritance or if there is a pledge of a partner's shares due to personal debt, these third parties will receive their rightful amounts. If there is no cash on hand, the company will need to dispose of equity to cover the obligations.

A greater clarification regarding these two myths, helps the producer to visualize the real benefits that a Rural Family Holding can bring to your business.

But, although minor, some points of attention that are difficult to deal with and, mainly, great risks involved, which are not always perceived, must also be evaluated. With these elements in hand, it is possible to know if the constitution of this company is really the best way, since each case is very particular and specific: the holding can bring great benefits to a neighbor and enormous inconvenience to the producer who decides to create it based on the success of others, as there is no ready-made formula or recipe.

Some points of attention

Taxation of profits existed from 1926 until 1995 and in 1999 there was already the first bill trying to tax them again. Until today, numerous other bills for taxation of profits have been processed in the chamber and the senate. None have been converted into law so far.

Therefore, the risk of taxation of profits has existed for 22 years. We have even had projects in years of crisis similar to the one we are in, as in 2015, with a high probability of approval, but which also ended up not coming out of the paper. However, companies continued to be open and it could not be different.

Therefore, if the producer manages to see the real benefits of the holding, it will not be a tax reform that will make the opening of the company unfeasible, as well as the changes in the interpretation of states and municipalities that I mentioned, both definitive and temporary, also did not make it unfeasible.

Now, if you are thinking only about tax issues, I am sorry to inform you: the holding company does not fit for you.

Mariely Biff - Consultant on Succession and Family Governance for Agribusiness, co-author of the Women of Agro book

WDRVI: what is the acronym that helps you increase your profitability!
30 Jul, 2021