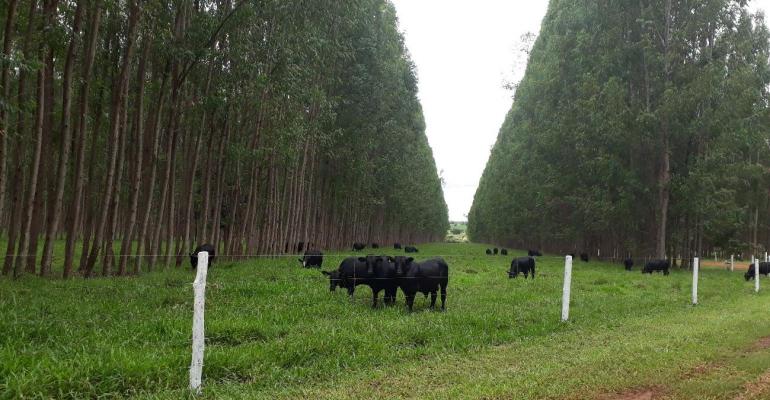 Agricultural Brazil has been going through some revolutions in its last decades, one of the most significant revolutions was the domain of Cerrado areas for grain production

Agricultural Brazil has been going through some revolutions in its last decades, one of the most significant revolutions was the domain of Cerrado areas for grain production, development of varieties capable of being cultivated in this challenging Biome; we also had the advent of direct planting in straw, which provided great savings to the production system; we had the development of the possibility of having a second crop (small crop) two simultaneous crops in the same agricultural year without irrigation. Now we have the Crop-Livestock-Forest Integration, a real revolution in progress; the possibility of establishing a “non-stop agriculture” successive crops such as soybeans, followed by corn intercropped with grasses, pastures with cattle and also the possibility of introducing the forest component into the system, finally a farm that will be in agricultural production throughout the year whole. There are several strategies within the integration, the possibilities of intercropping are immense, we can have grasses with sorghum, sunflower, with vines, with olive trees, we can have cattle, sheep, goats, pigs, it is possible to have coconut from Bahia, macaúba the palm oil.

The possible productive arrangements to be adopted are very vast, they will always depend on several conditions that range from the profile and aptitude of the producer and his team, the edaphoclimatic conditions of the region, market possibilities, the supply of inputs and logistics. Now we are dealing with a production system, with greater complexity, but with enormous comparative advantages, resilience to climate change, income diversification, reduction of market risks, socio-environmental sustainability, the shock of management and professionalization that the technology provokes in the farm and in the team and mainly due to the improvement in the income generation of the producer and his collaborators, it has boosted the use of the ILPF.

We believe that today we have about 14 million hectares with some integration model in Brazil, we are witnessing a growth of around 10% per year in the use of ILPF, with the advancement of research and better knowledge of these different arrangements, this becomes a path of no return for Brazilian agriculture.

Livestock: how to have efficient weaning with health planning
27 Abr, 2021